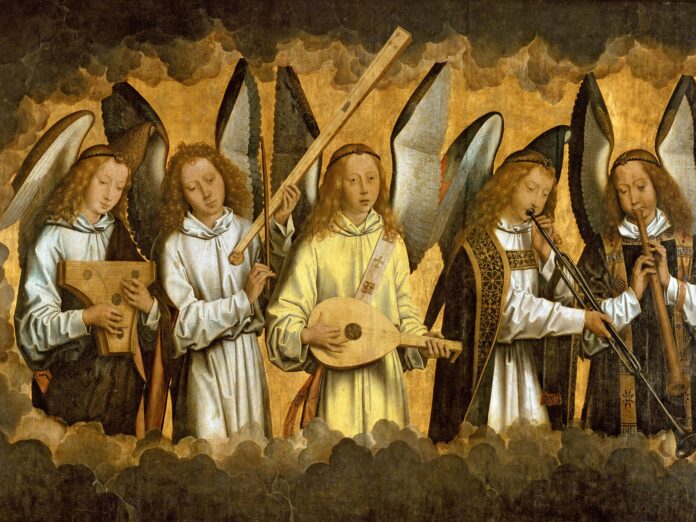 The Centro Studi Opera Omnia Luigi Boccherini, the Istituto Italiano di Musica Antica, the Italian Institute for Applied Musicology, and the Palma Choralis® Research Group are pleased to invite submissions of proposals for the symposium «Sicut in cælo, et in terra»: Commissioning and Production of Sacred Music in Italy from the Middle Ages to Today », to be held from 6 to 8 October 2023.

Italian cities are full of cathedrals, collegiate churches, convents and monasteries. These ecclesiastical institutions are proof of a widespread propagation of the church from the Middle Ages to today, a diffusion rich in history and artistic and musical clients. The sacred music that accompanies liturgical life is therefore an extremely articulated and extensive phenomenon whose production has encompassed a variety of contexts over the centuries, both institutional (for example the musicians who served in the chapels, or the patronage of cardinals and ecclesiastics) and non-institutional (represented by courts, noble and bourgeois families linked to the clergy). Within these generic subdivisions, several other elements were inserted: the canonization of the saints, the sacred feasts, popular religious devotion, the musical production of the brotherhoods, and extra-liturgical sacred music. It was a variegated world rich in cultural stimuli that is too often interpretated by an analysis that relegates it to a subsidiary or secondary position with respect to melodrama or to “profane” music itself, which is wrongly considered to be the sole engine of an avant-garde language.

The aim of the conference is to investigate the multiple aspects of sacred music production in Italy from the Middle Ages to today, in order to create an overall and articulated picture not only of its composition and diffusion but above all of the cultural role it played in social life. The symposium is devoted to musicologists, musicians, liturgical historians and all those who want to contribute to providing an overall vision of the phenomenon, and the systems of commissioning and production of sacred music in Italy from the Middle Ages to today. The programme committee encourages submissions within the following areas, although other topics are also welcome:

The official languages of the conference are English, French, Italian and Spanish. Papers selected at the conference will be published in a miscellaneous volume.

Papers are limited to twenty minutes in length, allowing time for questions and discussion. Please submit an abstract of no more than 500 words and one page of biography.

All proposals should be submitted by email no later than ***Sunday 5 March 2023*** to <conferences@luigiboccherini.org>. With your proposal please include your name, contact details (postal address, e-mail and telephone number) and (if applicable) your affiliation.

The committee will make its final decision on the abstracts by the end of March 2023 and contributors will be informed immediately thereafter. Further information about the programme and registration will be announced after that date.

Musical Interpretation and Performance from the XIXth to the XXIst Century